Luxury trains in India for an enchanting travel experience 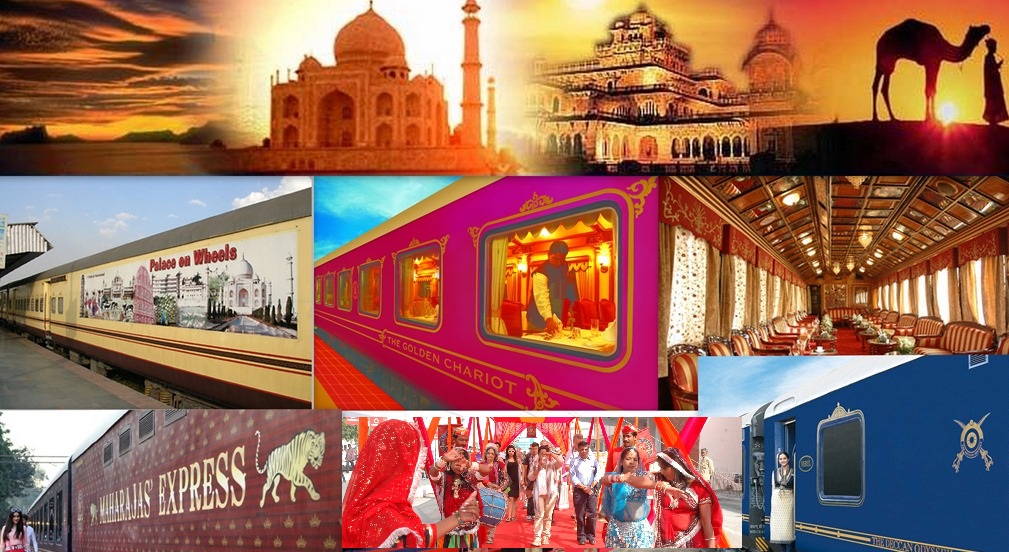 Go back to the era of royalty by travelling in luxury trains operated by Indian Railways. The luxury train tours in India enable tourists to explore the significant historical and cultural heritage sites of the vast country in style befitting the royalty which ruled India before independence. The luxury trains in India are characterised by the majestic decor, gourmet cuisine and a plethora of modern amenities.

Palace on Wheels- Palace on Wheels is the pioneer of luxury trains in India. Started in 1982, Palace on Wheels boasts of interiors lavishly decorated to resembles palaces of erstwhile Maharajas of Rajasthan, bars, spa, lounge and a host of amenities found in five-star hotels. The train starts from Delhi and covers Jaipur, Sawai Madhopur, Chittorgarh, Udaipur, Jaisalmer, Jodhpur, Bharatpur, and Agra.

Cost of the tours

The Indian luxury train tours are, but the rates are worth the luxury afforded by the trains. The starting fares of the luxury trains have been listed here.